The crypto market is showing signs of recovery and investors are rushing to get their hands on currencies that are currently pumping.

And no, we’re not talking about the leading altcoins like Ethereum or Ripple.

We are referring to some of the “smaller” coins that analysts forecast to make a huge impact on the market in the months to come.

Two coins that are currently pumping are Magic and Chainlink with some impressive performances over the past week.

But, the token that really caught the attention of investors is Tamadoge – a new meme coin that managed to bring 150% returns in the last few days.

Tamadoge Taking the Market by Storm

Tamadoge might be the most exciting meme coin on the market since Dogecoin and Shiba Inu exploded in mid-2021.

For starters, the project raised $19 million during the presale, in midst of a severe crypto winter and way ahead of schedule. The original target date was somewhere in Q4 2022, but the huge demand sped things up.

According to CoinGecko, TAMA is currently priced at around $0.08, which is a slight decrease compared to the $0.1 mark it reached just yesterday.

Nonetheless, the project already has a market cap of $76 million and recorded an increase of almost 1000% – an amazing achievement for a newly-released token.

But what makes Tamadoge so special?

Tamadoge (TAMA) is a meme cryptocurrency that serves as a gateway to the Tamaverse (platform Metaverse), where there is a built-in NFT store and P2E game.

This impressive tech combination alone is enough to set it apart from other meme coins, but Tamadoge offers another unique feature – real-world utility.

The NFT store isn’t fully released yet, but we can expect to see it in the following months. Players will be able to mint Tama pet NFTs in the store and start their breeding journey.

In a nutshell, this P2E game revolves around taking care of digital pets and preparing them for battles in the arena.

Once they grow up and you learn how to use their powers, you can win Dogepoints and compete for prestigious Dogepool prizes.

Users that obtain the more expensive NFTs will get more powerful pets and maximize their chances of winning battles.

The roadmap for Tamadoge looks solid and there’s an abundance of impressive features on the way. For instance, one of the next releases will be an AR (augmented reality) mobile app that will allow pet owners to take care of them even when they’re on the move.

Notably, Tamadoge was KYC’d by CoinSniper and audited by SolidProof, so investors don’t have to worry about any “rug pull” scams.

Tamadoge has shocked the community with the several major listings it landed in just a matter of days.

On September 15th, the project was listed on OKX, on both the CEX and DEX platforms. Considering that this was the maiden listing, early investors were delighted it was such a huge name.

OKX has more than 1.5 million visitors on a weekly basis and a $1.4 billion 24-hour trading volume, according to CoinMarketCap.

For a new meme coin that requires massive audiences, things couldn’t have gone better for Tamadoge.

Ever since this listing, TAMA has been increasing in value, and early investors already saw near 500% profits over the past few days.

Investors that were quick enough to purchase the tokens during the beta phase of the presale saw even more, near 700% increases.

BitMart is the exchange that followed OKX, another major CEX player. This further prompted the demand for TAMA tokens and caused additional price surges.

Today, the meme coin was officially listed on LBank, while the next exchange in the pipeline is MEXC (coming later this week).

On Twitter, we’ve seen that the Tamadoge developers have sent a listing application to Binance – the world’s leading crypto exchange.

If we take into account the fact that Tamadoge has been reaching new milestones throughout the entire week and establishing its place on the market, the Binance listing doesn’t seem too far-stretched. 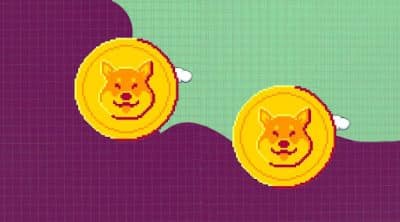 You know what some of the biggest problems with Dogecoin and Shiba Inu are?

Little to no token utility and an endless supply – this is what prevents these two tokens from growing and bringing high gains to their investors.

Even though these two leading meme coins skyrocketed in late 2021, it’s very unlikely that this scenario will repeat itself in the near future.

That’s where Tamadoge steps in.

This project has a very detailed plan when it comes to tokenization:

For all transactions within the Tamaverse, users will need TAMA tokens. 65% of monthly-used tokens will be forwarded directly to the prize pool, while 30% are distributed for marketing and maintenance costs. 5% are burned at the end of each month.

By following this plan, Tamadoge will gradually diminish its supply over time and drive the long-term value up. 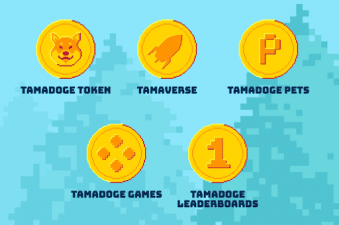 Over the last couple of days, Chainlink has captured the attention of investors by introducing new upgrades to its ecosystem.

This reflected on LINK’s price as well and even attracted some support from crypto whales, meaning that there’s a positive sentiment surrounding the project at this moment.

The last two weeks have brought a near 15% value increase, resulting in the current price of $7.88 per LINK token. The next goal is to surpass the $8 mark and maintain it.

In September, Chainlink had a $100,000+ transaction day, which is the most active period for this cryptocurrency since the beginning of June.

If whales keep showing support for the project and the developers continue releasing new features, LINK might even surpass the $10 price by the end of 2022.

At the same time, MAGIC saw its fair share of increases as well, surging by 11% during the week. The last 24 hours were also green for the project with a 4.4% increase.

Even though MAGIC is still 90% below its ATH price of $6.32 from February 2022, investors believe that the future is bright for this unique utility coin. 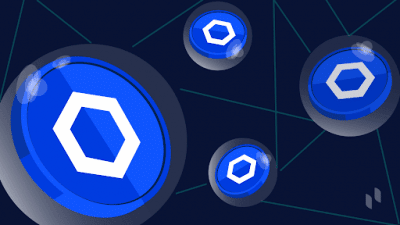 Investors are always on the lookout for new projects to get involved in, but finding them isn’t as easy as it may seem.

Considering that the crypto market is starting to recover, it’s a great time to enrich your portfolio with new tokens.

According to industry experts, the token everyone needs to get involved with now is the newly-released meme coin, Tamadoge.

They’re calling it the “potentially best investment of 2022”.