Over the last few weeks, the world’s largest cryptocurrency Bitcoin (BTC) has remained steady at around $19,200 showing less volatility. Market analysts are confused as to in which direction Bitcoin will make a move from here.

On one hand, there are fears of recession amid tighter monetary policies initiated by the Fed to control soaring inflation. However, few market analysts continue to be bullish on Bitcoin’s prospects in the coming months.

During a recent interview, crypto trader and analyst Tone Vays said that he expects Bitcoin (BTC) to climb 5x from its current position. Meaning Bitcoin holds the potential to hit a six-figure mark in the next bull cycle. The veteran crypto trader is expecting Bitcoin’s next halving cycle to trigger a bull run next year. He further stressed that he would be surprised if the crypto asset doesn’t touch $100,000 in 2023. During his interview with Kitco News, Tone Vays added:

I do expect us to have a nice bull market next year because of the halving that’s coming up… The halving will probably be a little bit sooner, people always underestimate it. Probably closer to March or April of 2024. But the hype that the halving is coming will come a lot earlier.

So I am expecting us to have the full bull run which may even be complete before the halving because it could exhaust itself. So I would be surprised if we’re not approaching that $100,000 sometime next year.

A reversal in crypto market sentiment

Owing to the uncertain macro conditions, the broader crypto market sentiment has been lopsided toward the bears. As of the current BTC price of $19,200, the fear and greed index points at an “extreme fear” zone.

But Vays believes that by the next year, the market sentiment will shift toward the positive with a reversal in the crypto trend. “So many people are expecting more of a crypto winter. And whenever too many people are on one side of the market, it reverses. And right now I see very pessimistic sentiment,” he added.

Talking on the macro front, the investor said that he sees money flowing back into crypto as bonds and real estate collapse after their peak. He stated:

I believe there is going to be a big collapse in the bond market. There may even be a collapse in the real estate market. But I do think that there will be a lot of speculative money flowing into the equities market and into the crypto markets.

Bitcoin saw a massive surge of coins moving off of exchanges yesterday, its largest daily amount (40,572 $BTC) in 4 months. The supply of coins on exchanges is down to 8.48%. As exchange supply decreases, it de-risks chances of a future sell-off. 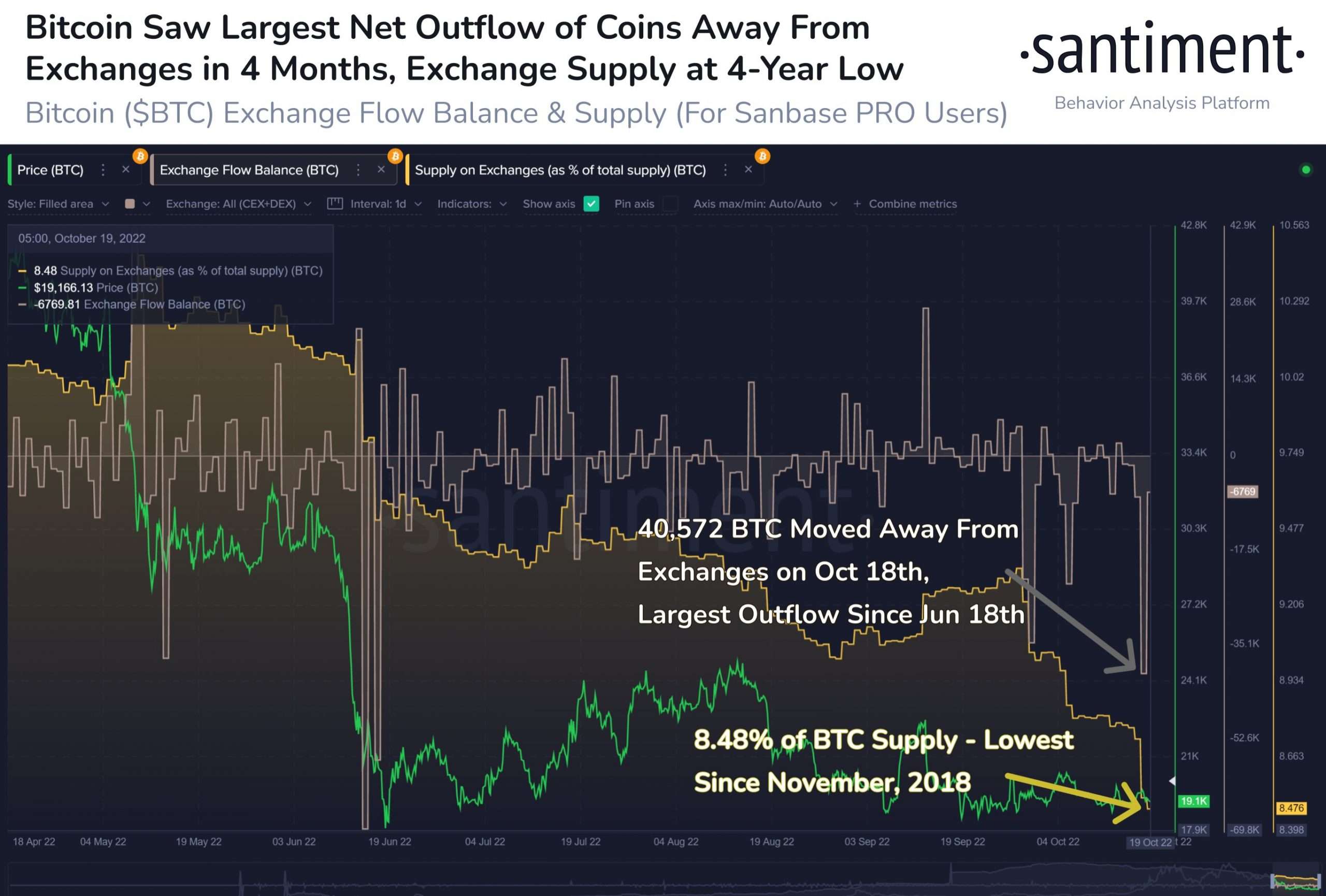