Consolidation across the cryptocurrency market right after a period of volatility is a common scenario. Today, most altcoins were trading southwards, while some struggled with less to no price action. Some coins have also moved against the broader market sentiments to trade in the green.

The technical outlook gave off mixed trading signals. IOTA, for instance, had jumped up the charts while Filecoin has displayed lateral price action in the last couple of days. The vital price levels for these two coins have been mentioned below.

IOTA had been bullish over the past week and a half, right after it experienced the dip at the beginning of this month. The coin registered a 40% appreciation in the first week of December. However, IOTA had managed to recover the loss it incurred as the currency was trading at $1.45 at the time of writing.

Over the past day, the altcoin secured a 7% gain, and as technicals painted a bullish price action, IOTA might make a 7% jump and trade above the $1.51 mark, which also is the immediate price ceiling for the coin.

On the flip side, the coin, if it losses momentum, can trade near the $1.40 mark, failing to sustain over which it can also be priced at $1.23.

The Relative Strength Index agreed with bullishness and reflected a positive buying pressure in the market. Awesome Oscillator also appeared green as the indicator was in correspondence with the other indicators. Lastly, the Directional Movement Index preferred the bulls as the +DI line stood above the -DI line.

Filecoin has depicted minor price movements on its charts over the last couple of weeks, and the coin had been struggling to move past the $41.98 price mark. The level mentioned above has acted as a full-price ceiling, and if the coin is unable to break above its immediate resistance, it could dip to trade near the $34.98 price mark.

Over the last day, Filecoin had just gained a little over 2%, which the bears can invalidate any moment now. With no volatility on its chart in the last couple of weeks, it might just be a good time to cash out. However, in the last week, Filecoin has managed to bring in some ROI.

Technicals had turned towards the bears at press time. The Relative Strength Index reflected the sentiments of Filecoin owners as sellers had taken over buyers at the time of writing.

The Directional Movement Index was also headed towards a bearish crossover as selling pressure returned. The Aroon indicator had also depicted bearishness.

Victoria is a Nigerian journalist and entrepreneur with a background in Communications. She’s interested in writing about Cryptocurrency, Blockchain and Humans. She owns a tad bit of BTC and ETH and her favorite thing to do is sit by the ocean listening to Beyoncé. 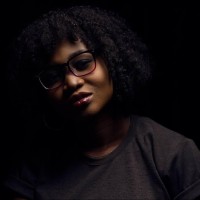 The presented content may include the personal opinion of the author and is subject to market condition. Do your market research before investing in cryptocurrencies. The author or the publication does not hold any responsibility for your personal financial loss.